Quick updates on how pedestrian infrastructure fared in 2018 in Saskatoon:

Lobbying the city to fund the implementation of the recommendations from the Active Transportation Plan is one of groups’s highest priorities.  As you can read in our last entry, city council didn’t agree with us and voted against increasing funding to the ATP but at least motions to defund the ATP implementation entirely as well as ending all funding to the Meewasin Valley Authority(!) were defeated. We’ll be back on this item next year and we’ve heard the city might have some ideas as well. The vote to defund ATP implementation and the MVA was completely shocking and won’t be forgotten election time.

2. Sid Buckwold Bridge gets some Upgrades to its Walkway

A major link in the city’s AT network, the Sid Buckwold Bridge is hugely substandard for what its role should be and having the city widen its existing pathway and adding a pathway to the west side was a big focus for Walking Saskatoon. Given the nearby Traffic Bridge/Victoria Avenue upgrades and a large bill for upgrades, council decided not to do any additional improvements to the pathway beyond what was planned as part of an already-existing bridge maintenance plan but the existing pathway is getting an additional 30cm in width and expanded walk barriers as part of already planned work. 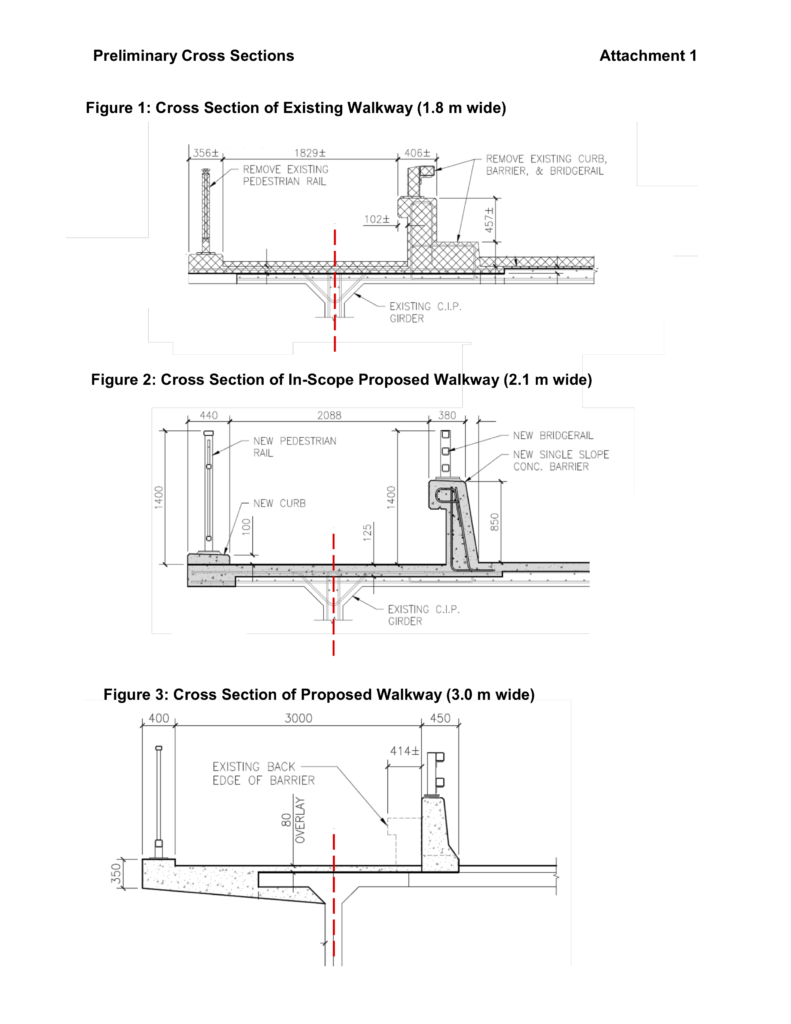 It’s not nothing but it is disappointing that in 2018 the active transportation aspects of major roadways are still mostly an afterthought in Saskatoon, although in contrast…

The new Traffic Bridge, with 3M-wide walkways on both sides of the bridge, good connections to the Meewasin Trail and the Complete Streets upgrade of Victoria Avenue from the new bridge to Broadway Avenue is the best transportation project the City has ever done. Kudos all around. 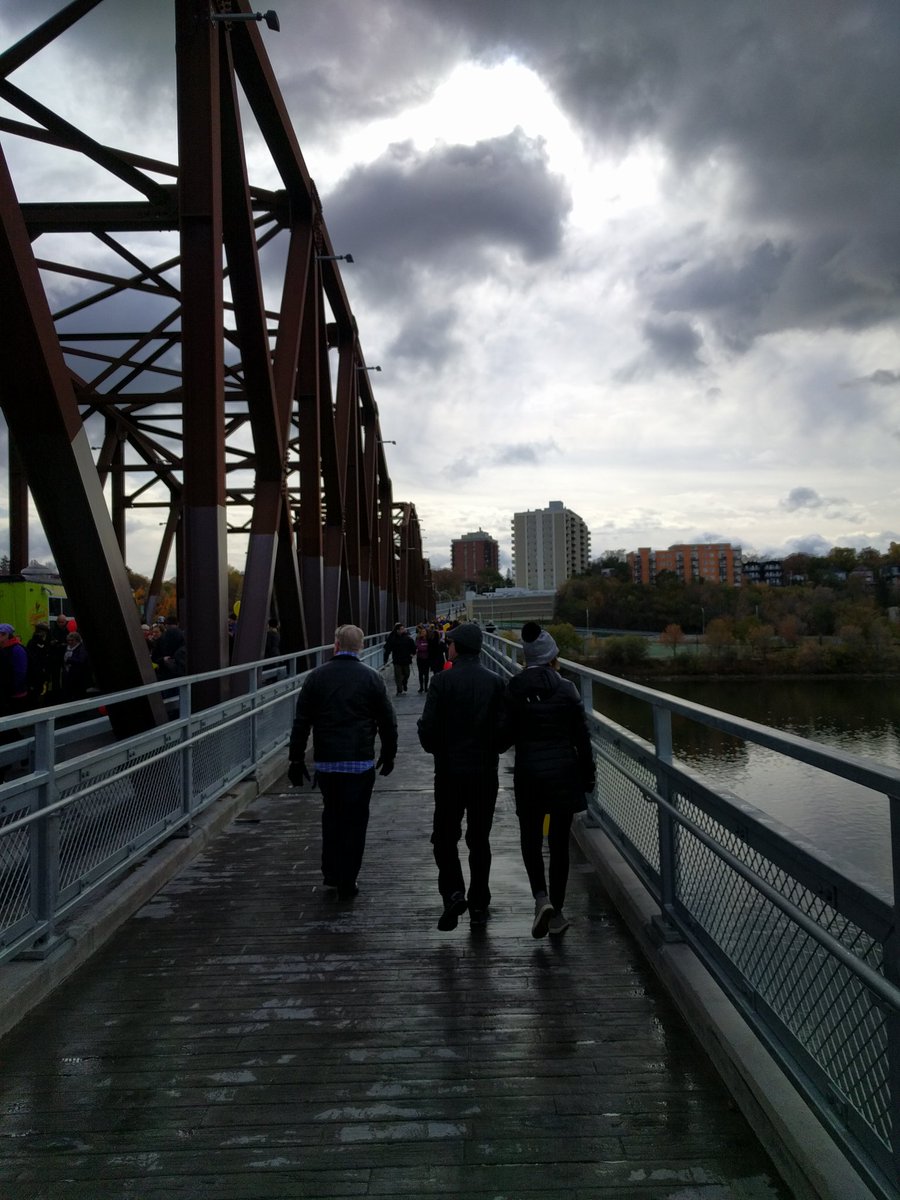 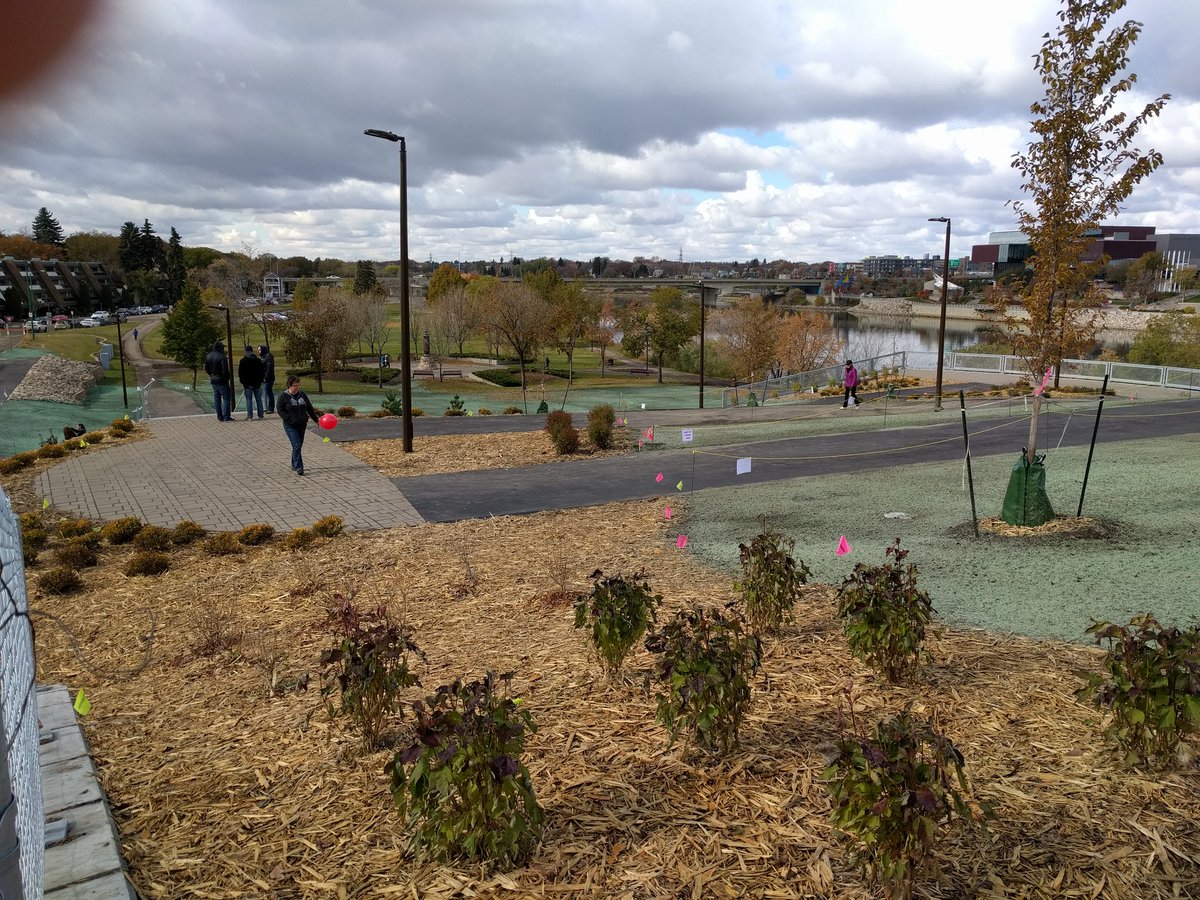 Several years after the city first examined Vision Zero, the urban planning principle to get traffic fatalities to zero that’s had great success around the world, Councillor Bev Dubois led an internal effort to examine the idea more. What will come of this newest push is largely uncertain, but we covered the city’s uneven efforts towards applying Vision Zero ideals and provided a comprehensive look at what Vision Zero brings to a community.

One of the core concepts around Vision Zero is the reduction of speed limits (with adequate enforcement). City council took some steps toward reducing speeds on non-arterials to 40 km/h, which would be a good start towards saving lives.

Why do speed limit reductions save lives? It’s simple, the slower a car is going the more awareness a driver has and the less force an impact hits a pedestrian with.

Every November sees the announcement of the streets that will receive sidewalks in the coming year. For 2018 the lucky winners are:

North side of Brudell Avenue from Taylor Street to Boychuk Avenue in Lakeridge/Wildwood:

Both of these projects (along with 60 accessibility sidewalk curb ramps) were funded out of the 1.1M Active Transportation Plan implementation budget. In the past few years new infill sidewalk construction has been funded out of the traffic safety reserve. However, this year both the province and the city raided the traffic safety reserve for money on a permanent basis. The province, for general revenue and the city, for Neighbourhood Traffic Plan implementation and ‘controversial project handling’ (see: the 9th Street road closure and the Avalon traffic calming plan). This is disappointing news for the already underfunded infill sidewalk construction program.

7. WCMUC is a Pleasant Surprise but Delayed.

The sprightly-named West-Central Multi-use Corridor is a multi-use pathway that the City is planning to build along the rail lines west of Idylwyld and north of 11th Street, paid for with a rail safety grant from the federal government. We covered it a few months ago.

The most recent news is that construction (scheduled to start Fall 2018) has been delayed while the city does more planning and tries to raise more money to do the complete walkway. The federal grant that is to pay for the bulk of the project has a time limit by which any work done with the grant has to be completed so we’re not sure how the city is going to square this. We hope to report more about this great project next year.